Ad Fraud: The Complete Guide To Protect Yourself

Ad fraud is a huge challenge for marketers. With the losses caused by ad fraud increasing exponentially, marketers and publishers need to take action to protect themselves. Learn what is Ad fraud and effective tips to protect your marketing efforts.

What is Ad Fraud?

Ad fraud is an attempt to defraud or trick digital advertising platforms to obtain financial gain. Criminals often use bots and other software methods to carry on fraud attacks. When scammers use bots to trick advertisers and PPC networks, it is called click fraud.

Criminals use different methods, to carry out ad fraud:

This type of ad fraud is directed to mobile applications. The goal of attackers is to steal money from advertising payments into fake impressions or faked installs.

There are several variations of mobile ad fraud. For instance, a fake publisher may hide adverts in a few pixels or place the ad out of sight so it generates views without the knowledge of the user.

A fraudulent application can generate clicks by running a feature in the background. Other cases involve sending impressions as clicks to make them count as it was converted into an engagement. Other times fraudsters send clicks from fake device IDs to track vendors.

Another common type of mobile app fraud is ‘click injection.’ In this attack, fraudsters publish or gain access to an Android application. Then use it to track installs in other apps and trigger clicks before the install is complete. Then, the scammer gets the credit for the install.

In a more sophisticated version of this exploit, called SDK spoofing, the attacker creates a fake but legitimate-looking install to attract installs and eat through an advertiser’s budget. The problem is that the installs appear legitimate because fraudsters collect real device data.

Ad stacking is a type of mobile ad fraud where the scammer stacks multiple ads one over another with the goal to hide them from view while appearing in records to justify the payment.

Why Does Mobile Ad Fraud Happen? 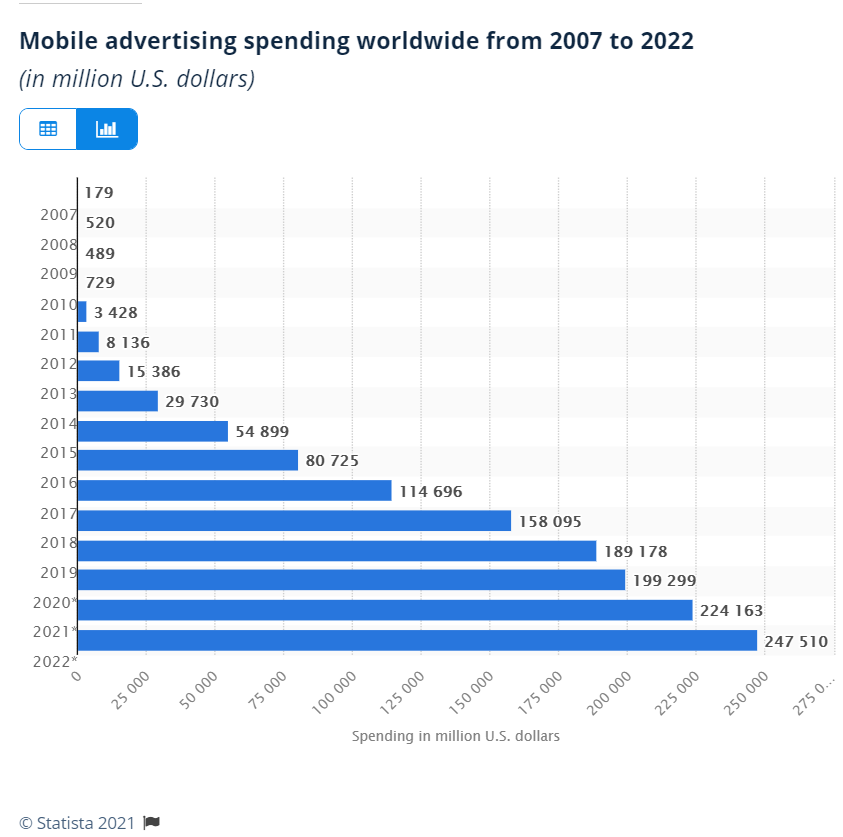 How Do You Detect Ad Fraud? Step by Step Guide

Detecting ad fraud is easier if you manage your own display advertising campaigns but it can be done by paying attention to some key factors. Here are some red flags that can signal fraud activity:

When you see the same ad performing normally in one channel, showing real behavior (browsing through other pages, normal time on page, etc) and another channel shows high bounce rates and short sessions, it’s time to dig deeper and investigate.

This itself is the most common warning sign of fraud. It is even more obvious if you compare the display ad campaign with social media channels’ ad campaigns. If the landing page and offer are the same and you still see zero conversions from your display campaigns when other channels do produce, it’s a big red flag. It is highly improbable that your visitors would follow through with the desired action in one channel, and zero people will do it in the other.

On the other hand, if your click-through rates are abnormally high, let’s say more than 1%, it can be that a fraudster is tricking the platform. It is worthwhile to investigate more and check if you see any other of the above-mentioned signs.

Having long-tail site placements in a campaign report is not alone an indicator of fraud. However, if you see a very large number of long-tail publishers gathered into a tail aggregate, check the list to see if you detect suspicious sites on that list. Scammers generally use obscure sites.

Both scams use data center IPs to conduct their attacks. Therefore, a red flag is when you see a data center IP address. Is a giveaway that the visitor is likely not a real one.

How You Can Actively Guard Against Ad Fraud

These segments are available through the demand-side platform. What do they do? They allow you to select segments and filter out specific levels of invalid traffic, or viewability tiers. The downside? You can end with a too-narrow inventory.

These tools give advertisers campaign metrics and detect automated bot traffic, preventing fraud. The catch is that to work with ad verification tools as a media buyer, you need to have your own ad server to include the tool’s tracking code in your ad tags.

Constant monitoring is critical to detect signs of fraud in your campaign. If you use an ad verification tool you can already have the metrics on invalid traffic levels.

Despite the huge losses it causes, most countries don’t have specific laws against ad fraud. Many times this type of criminal activity falls under the category of cybercrime. While the European Union has strict anti-fraud laws as a whole, individual union members’ law is not that specific.

Scammers take advantage of these legal voids to conduct their activities and get away with them. Nevertheless, there have been some cases of ad fraud lawsuits.

Can you succeed at suing for ad fraud? The results are really unpredictable. Mostly because it is really difficult to prove who did the ad fraud.

Why Is Ad Fraud a Huge Problem for Advertising?

Ad fraud makes marketers make mistakes when measuring the performance of a campaign since it tampers with the real traffic and clicks results. For marketers, this can be a nightmare.

Why is it so difficult for advertisers to fight ad fraud?

First, ad fraud can go a lot of time undetected, so marketers are launching and measuring campaigns without knowing those are affected by ad fraud. This means any results and metrics are not accurate. For instance, in the common ad fraud case where an ad gets a lot of impressions but very few conversions, most marketers will assume the message is not getting through. The reality is that the ad clicks are being stolen by an ad fraudster.

Second, although some marketers are more vigilant of the signs of ad fraud, they are swept by what seems like good metrics and don’t want to see that it may be a product of fraud.

As companies protect against ad fraud attempts, scammers also improve their tactics. Here are ad fraud trends we may expect to see in 2022.

The Biggest Ad Fraud in History

Dubbed the “Biggest Ad Fraud Ever” by Forbes, the attack called the Methbot campaign, enabled a group of Russian criminals to make between $3 to $5 million a day by faking clicks on video ads.

The group Ad Fraud Komanda acted carefully and efficiently. Using fake domain registrations they tricked programmatic advertising algorithms into buying their space over big-name brands. Next, the criminal group sent fake traffic from more than 570,000 bots to those ads.

Since the bots appeared to “watch” the almost 300,000 million video ads a day, the platform paid the criminals according to the pay-per-click system. With an average PPC rate of $13 per thousand views, the hackers were able to reap substantial gains.

The bots were intelligently programmed to mimic the reactions of real users, with fake mouse movements and social media login information. Criminals took pains to make the bots appear as close to real users as possible, even stealing hundreds of thousands of addresses and associating them with U.S internet providers so the system would think they belong to American addresses.

How Much Is Fraud Costing Advertisers?

Which Regions Are Worst Hit by Ad Fraud?

How Does Ad Fraud Harm Publishers?

Ad fraud tactics not only affect marketers but can break havoc in a publisher’s business. Here’s how different ad fraud techniques affect publishers:

How Does Using a Monetization Platform Help Protects from Ad Fraud

Attackers prey on the lack of relations between the parties in programmatic advertising. Using a reliable partner, a monetization platform, can ensure publishers get high visibility over their site metrics and performance, which minimizes the risk for ad fraud. CodeFuel leverages trusted ad networks to provide reliable contextual ads.

Learn more about how CodeFuel, by using trusted partners gives you clear-cut monetization.

Our monetization experts
are happy to help.

We use cookies to improve your experience on the CodeFuel website.
By continuing to use our site, you agree to our use of cookies.Learn more settings.

This website uses cookies so that we can provide you with the best user experience possible. Cookie information is stored in your browser and performs functions such as recognising you when you return to our website and helping our team to understand which sections of the website you find most interesting and useful.

Strictly Necessary Cookie should be enabled at all times so that we can save your preferences for cookie settings.

If you disable this cookie, we will not be able to save your preferences. This means that every time you visit this website you will need to enable or disable cookies again.